As of version 4.0.24, Syncplify.me Server! has introduced two new features:

These features can be used together to hide certain files from a directory listing. This is useful, for example, when you don’t want certain users to see certain file types when they connect to your SFTP server, but you still want to show such files to other users.

The first thing to do is creating a script. Let’s assume, for the sake of this example, that you want to hide some AutoCAD® files, and specifically all DWG and DXF files. Then you will need a script like this:

Once the script is ready, you will have to open the user profile you want to apply the rule to, and add an event handler to it, like this: 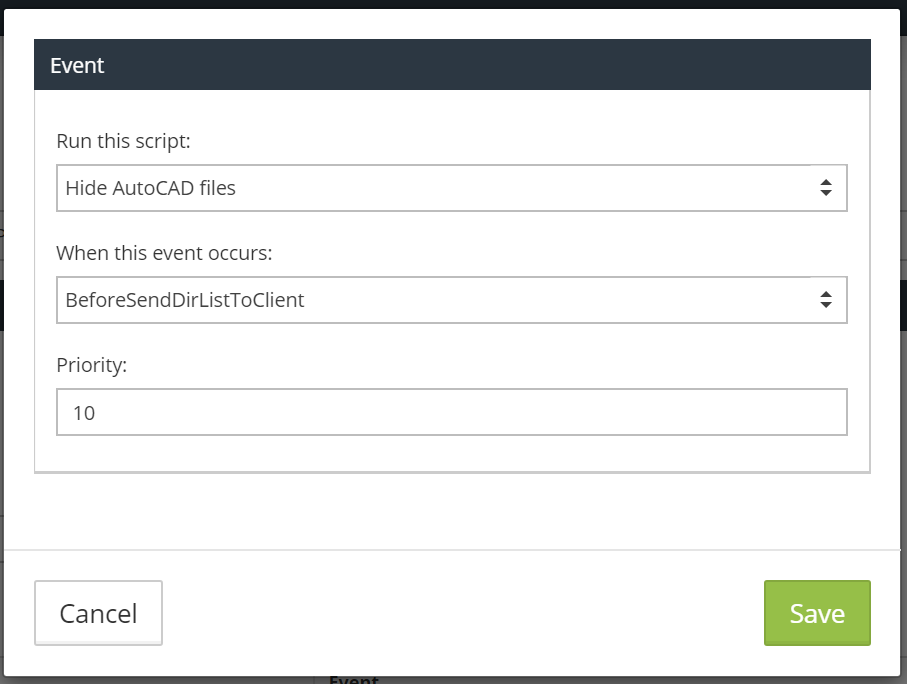 Once the event is added, do not forget to SAVE the user profile. It will then appear as in the screenshot here below: 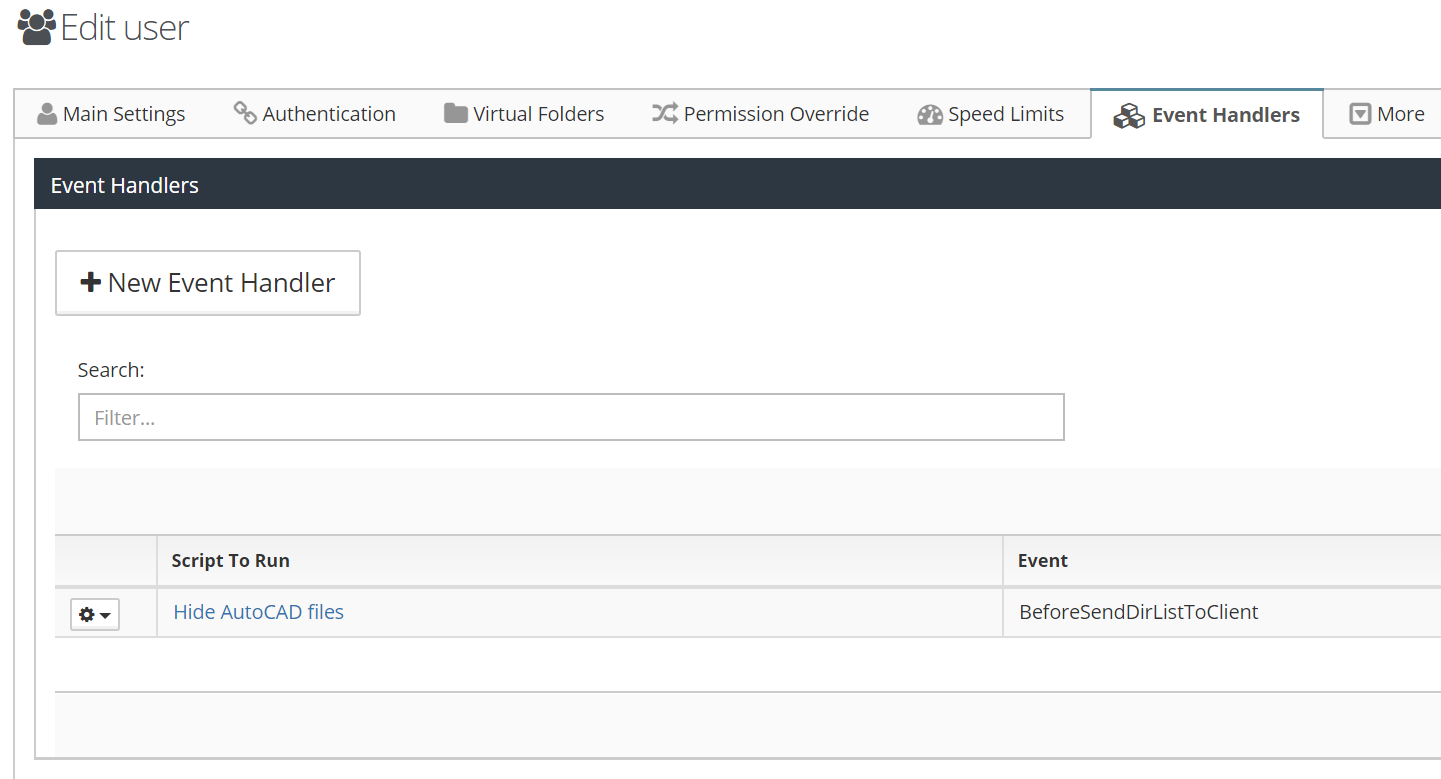 Now, when this user connects to the server, even if DXF and DWG files are present in his FTP/SFTP space, they will not be shown in the directory list in his client software (FileZilla, WinSCP, ...).